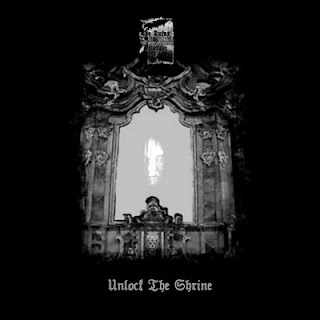 Ahh, The Ruins Of Beverast. Yes, this album is more than five years old, but the impact it has had on my psyche will last me for years to come.
Here's the deal... back in my junior year of high school, I had a history class to start my day out with. In this class, we had a large projector screen on which we would watch historical footage. And, once introduced to this band by the drummer of Velnias, nothing made me more satisfied in this dark, miserable time of my life than listening to this album on my headphones whilst watching brutal World War II footage on that projector screen.
Paired with the darkness of the riffs, the impenetrable wall of blastbeating sound alongside the at-times melodic passages were the perfect soundtrack to the annihilation and destruction before my very eyes. It was probably the most sinister way to start each morning with. Even moreso than Dunkin Donuts' coffee. And blacker, too.
Not only was this album dark, brutal, and varied in its melodiousness, but it was also ahead of its time. This was before every heavily-bearded person in America had an atmospheric post-black metal band with doom passages, with a long band name. This was not a band that tried to get on Southern Lord and tour with Pelican. This was a pissed off German man with one dark imagination, and a hell of a lot of creativity. With distorted choir voices eerily fading in and out of tracks, strange trumpet marches, and yelling noises in dripping caves, a very interesting array of stories and images will come to mind. This is audial interpretation at its best; cryptic, yet understandable.
I don't know what it is about the whole Wod Van Records community, but this album helped me cement their existence into my brain as the end-all authority on German black metal. This band, alongside Nagelfar, Kermania, Truppensturm, and other noteworthy artists (usually of the same incestuous genepool) set the standard incredibly high.
Upon suggesting this album to my bassist, and telling him of my history class tales, he also concluded that this album is the perfect soundtrack to such chaos, and all he can think of while listening to it is World War II images. I suppose that should say something about this album, in and of itself.