1. Lantlôs - ".neon" [Prophecy Productions]
This album means more to me than what words can describe. Beautiful harmonies, lyrics, artwork, it is the definition of a true album. You can see my full review for more justification as to why this is #1 for 2010.

2. Alcest - "Écailles de Lune" [Prophecy Productions]
Metal can be gorgeous sounding; it doesn't have to be brutal. That is what Alcest's second full length showed me along with the fact that mastermind Neige is one of the key players in all of underground metal. 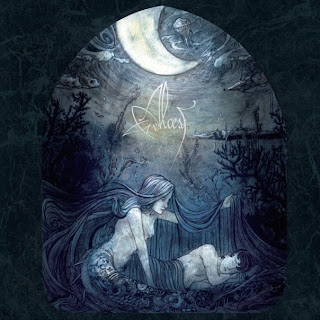 3. Enslaved - "Axioma Ethica Odini" [Indie Recordings]
Enslaved strike back again with this fierce offering ready to melt faces and to expand musical minds. Herbrand Larsen's vocals take this record to a higher Ground some may say. The songs are much more straight forward but still retain mystery in the melodies. Highly recommended, the Norwegian masters have shown that they are here to stay for many more years to come and that they will in fact continue to grow as a band with each album. 4. Beach House - "Teen Dream" [Sub Pop]
Most of you reading this probably don't know Beach House and probably won't give them a chance. You should. This record is fantastic and puts you in a dream-like state while listening. Gorgeous soaring vocals, clean strat tones, thick Moog synth bass lines, and vintage organs color this record, and they even may give you the desire to dance! Strongly recommended for those ready to venture out of the trve box!

5. Thou - "Summit" [Gilead Media]
Thou pushes their sound even further towards the melodic side with Summit. The band's unwillingness to conform to anything other than their own agenda is very inspiring. I love how they have taken heavy music so far with a DIY punk aesthetic. Summit's lyrics are powerful and the music is more varied than anything they have done in the past. So heavy!

6. Agalloch - "Marrow of the Spirit" [Profound Lore]
I was quite disappointed at first with this record. I had been looking forward to it for a long time, but with each listen it does grow on me. I hear a new distinct interesting section each time I give it a spin. I look forward to hearing these songs in a live setting. I know eventually this has the probability to turn into a favorite. 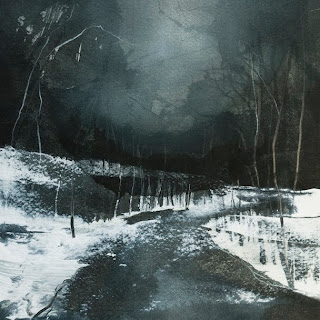 7. Vestiges - "The Descent of Man" [Self-Released]
I was quite shocked when I first heard Vestiges. It seemed to be exactly what I was looking for in October when it was released. Powerful, dark, and tight, The Descent of Man sure gave me hope for the future of young heavy bands. 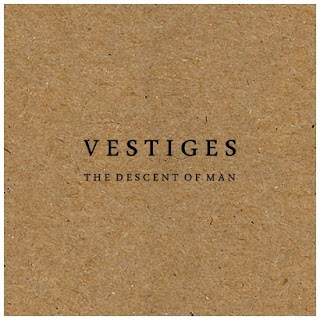 8. Triptykon - "Eparistera Daimones" [Prowling Death]
Tom G. Warrior returns! I was fortunate enough to see Triptykon live and was convinced of how epic this album is. So heavy and brooding, this band truly is what Warrior needed years ago.

9. Swans - "My Father Will Guide Me Up a Rope To the Sky" [Young God]
Swans is quite an artistic force. Being able to see and hear these songs performed in a live environment was quite an experience. I'm still not sure what happened, but it was incredible. Very strange, but catchy at times, Swans are not rehashing the past, they are here to break new ground.

10. Wovenhand - "The Threshingfloor" [Sounds Familyre]
Wovenhand has again put out an album that continues David Eugene Edward's personal musical journey. Using all the haunting effects, strange, old instruments, and incredible song writing skills, Wovenhand continues their path of non-conventional, Western, folk-rock music. Wovenhand live was quite an experience, but I was left wanting more, the way a great concert should make you feel.

2010 was an incredible year for music in my opinion. These releases have made a great impact on me and will continue to shape my musical influence in the future. For 2011, I look forward to Lantlôs' "Agape," a new record from Vintersorg, Opeth, Alcest, Dorenreich, Dordeduh, Empyrium, and many others, I'm sure.
Prost!