1. Agalloch - "Marrow of the Spirit" [Profound Lore]
Don't act so surprised. I mean, really, we've ALL waited four agonizingly long years to get this one, and the wait was totally worth it. It's taken me a great while to figure out just what to say about this album, especially with all of the fantastic reviews floating around, but, I mean, Agalloch is the band that turned me into the gigantic music nerd I am today. Gorgeous music created by cool people. Always moving forward, Agalloch embraces their more "metallic" side for this release, whilst still retaining their signature, introspective sound (complete with what I feel are John Haughm's strongest lyrics). Expect some interesting twists and turns with experimentation in some genres normally ignored in the metal scene. The fantastic 6-panel digipack is a nice touch, with wonderful photographs done by Veleda Thorsson. Buy this. Buy it now. 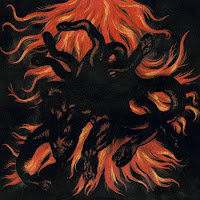 2. Deathspell Omega - "Paracletus" [Season of Mist]
Ah yes, here it is. After nine years, the trilogy that began with "Si Monvmentvm" is finally complete, and man, did these Frenchies end on a high note. Stepping back from the intense technicality seen on "Fas - Ite, Maledicti, in Ignem Aeternum," we see a different face of the monster. Taking the reserved, compositional path, Deathspell expands greatly upon the hints at melodicism found in their last two releases, creating what is more of an awe-inspiring, grandiose atmosphere. Intense and beautiful, new DsO releases are always an adventure and I will never EVER be disappointed by this group. Ave Sathanas. 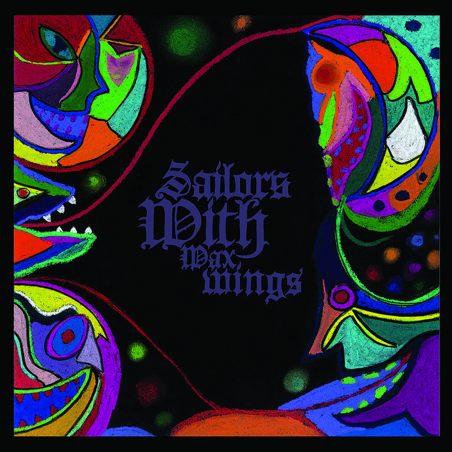 3. Sailors With Wax Wings - "Sailors With Wax Wings" [Angel Oven Records]
Experimental guru and supernetworker R. Loren (of Pyramids fame) set out to redefine the "metal supergroup" this year with sister projects SWWW and White Moth, both differing in texture and lineup, save Colin Marston's Paul Hindemith-obsessed guitar wizardry. With Sailors, we see an almost "slowcore" approach to the modern "post-metal" sound, with delicate male/female harmonies and complex musical textures. Utilizing the immense talents of the aforementioned Colin Marston as well as Aidan Baker (Nadja), Ted Parsons (jesu/Godflesh), James Blackshaw, Dom Fernow and more, as well as the guest talents of Jonas Renske (Katatonia), Aaron Stainthorpe (My Dying Bride), and Marissa Nadler, this supergroup does all but disappoint. Ethereal, trance-inducing, and wonderful, this dark horse has all my support and love.

4. Planning for Burial - "Leaving" [Enemies List Home Recordings]
An experimentation in pure sonic loneliness, PfB frontman Thom quietly leaked this album to a few blogs last year before receiving the immense honor of being released on Enemies List Recordings this past April. Again utilizing "slowcore" (I'm a sucker for the style) as a medium for metal execution, we see PfB moving into black and doom metal styles as the album progresses. The entire album has a very fragile sort of feel, as if at any moment it will break under its own weight, so you must be sure to listen, for it might be your last. There are still a few copies of this leftover at the Enemies List store, so be sure to buy it before it is gone forever.

5. Necrite - "Sic Transit Gloria Mundi" [Flenser Records]
"Thus passes the glory of the world," speaks the album title. The world as we know it is dying, and we must live knowing that we will die with it. This album is a descent into beautiful, bliss-filled madness. Not for the faint of heart. 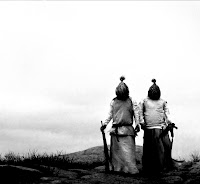 6. The Body - "All the Waters of the Earth Turn To Blood" [At A Loss/Aum War Recordings]
Rhode Island's gun-toting, Jim Jones-obsessed two-piece outfit "The Body" is by far the best doom band you've never heard. As sickening and tortuous as it is magnificent and graceful, "All the Waters..." takes the listener on a journey through thick, low end guitars, pounding drums, beautiful choirs and shrieking banshee vocals. Minimal and terrifying, even the cover art is unsettling. 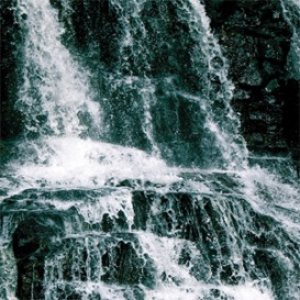 7. Celestiial - "Where Life Springs Eternal" [Bindrune Recordings]
I'm going to start off this review with a congratulations to Jason Walton, who has been featured TWICE on my top 10. Good job.
After six years of attempts, Celestiial finally hit the perfect balance of field recordings and distant funeral doom. Over the lush guitars and howling you will hear birds chirping and babbling brooks. As if sound collage artist Loren Chasse had discovered doom metal, this is the sounds of nature translated into music.

8. Woe - "Quietly, Undramatically" [Candlelight Records]
A triumph in modern black metal, Chris Grigg has shed his "european influences" to create something original and monolithic. Shimmering and refined yet with enough grit you can bare your teeth at, "Quietly, Undramatically" is a reminder that big-label black metal bands don't have to check their ferocity at the door.

9. Wolvserpent - "Blood Seed" [20 Buck Spin]
Formerly known (lightheartedly) as Pussygutt, we again see a two-person "superdoom" band hitting my top 10. Utilizing manic animal-like vocal sounds and layers upon layers of gorgeous violin over gigantic drums and pummeling low-end guitars, "Blood Seed" is the sound of complete and total isolation, and you can't get more isolated than Boise, Idaho. "We live in the fucking desert, man."

10. Vit - "-" [Self-Released in a kickass wooden box]
Dirty and menacing but with a sense of clarity, Ohio three-piece blackened doom metal band Vit is NOT FROM FUCKING ATHENS. Expect throat-shredding vocals, gigantic drums, and thick-yet-textured guitar work. I am more than stoked to see these fellows perform in Chicago on the 28th of December. There are bodies in the cornfields on the outskirts of Swansylvania, Ohio.


So, I must say, as fantastic as 2010 was for metal, it was sorely disappointing for everything outside of the metal realm. Normally I have some sort of non-metal (read as: "indie bullshit") album about which I rave on and on, but 2010 didn't give me enough (there were some gems that came SO close to my top list) to flaunt my sensitive, scarf-wearing side, and for that I am disappointed. 2011 has some surprises in store, as far as I can tell, so I eagerly await it with open arms.

Until next year,
Jon
Posted by The Inarguable at 12:00 AM