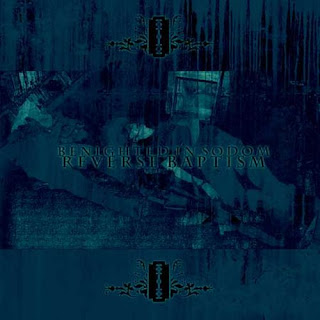 Ah yes, more Benighted in Sodom. Those of you who have been with us from the beginning know that BiS mainman M. Thorn keeps himself rather busy. Alongside Njiqahdda, Benighted in Sodom is at the forefront of this newer wave of hyper-prolific, distinctly original-sounding black metal from the United States. Drawing upon equal influence from both black metal stalwarts Sargeist and notable darkwave acts Lycia and Dead Can Dance, Benighted in Sodom's dreamy, beautiful-yet-gloomy atmospheres remain unmatched in the "depressive black metal" community. M. Thorn's constant recording has led to a specificity in his sound, enough to the point where one can almost instantly tell that Benighted in Sodom is playing. Of course, this sort of "stagnation" could spell the end for a band stylistically, the mass influx black metal bands (who all happen to try to sound like some band from the Pacific Northwest) seen in the United States these past few years calls for a band to be easily recognizable and unique in order to survive.

So, yes, this is another Benighted in Sodom album and, yes, we see M. Thorn bringing the project closer toward his darkwave side. Does this make the album boring and "samey"? Not necessarily. I mean, I wouldn't push this specific on someone who has already crafted their opinion of Benighted in Sodom as it isn't the best "jumping off point" for a prospective fan, but for weathered fans like myself this is a rather enjoyable album. If you still aren't sure, grab this one for the song "Try to Forget Us" alone (it's my favorite).

Be sure to order a copy from Solitude Productions!

-Jon
Posted by The Inarguable at 4:40 PM