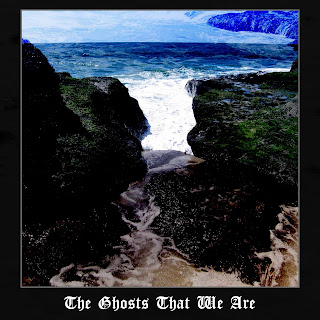 Since late 2009 Oaks of Bethel has released nine hours of music. That...that's a lot of material. Take into account that the average metal album length teeters on the brink of an hour. By that logic, one album a year yields one hour of music a year. "But Jon," you proclaim, "this is a review, not a math and logic lesson!" Well 1) fuck off, I can write whatever I damn well please and 2) think about how much music this one project has put out. Over the span of a year and a half, Oaks of Bethel has released what a normal band releases over the span of most of a decade. With such a large base of material over a short period of time, something's got to be up. Also remember that Oaks of Bethel is a side project of the already prolific Njiqahdda, who have already released a metric ton of music alone this year. Upon realizing all of this, one has to ponder, someone who releases this much music is either full of it and are memorable based on some sort of fluke, or they are absolute prodigal geniuses, able to release multiple volumes of music at a time, covering vast musical ground (or something like that). After listening to this album (in conjunction, of course, with the rest of their releases), I must go with the latter. After hearing The Path Of Liberation From Birth And Death, Parallaxis, this monstrous double album, and whatever else this mysterious duo has release, you can't really argue that point.

Oaks of Bethel's seventh full-length album, the double-disc titan The Ghosts That We Were, is definitely a lot to take in. Two hours is a long time to spend doing one specific thing in general, let alone listen to an album, and yet Oaks of Bethel's subtle, droning, lo-fi, textural black metal hymns call for longer releases and attention spans. To listen to this distant, washed-out album in multiple sittings would be blasphemy; every part fits like a piece of a larger puzzle, building up to the final, near-47-minute-long track "Anthelion," a mostly drone/doom track. Now, when I say "washed-out," I don't mean you won't be able to make anything out from the haze, rather the contrary. While the guitars sound like you're hearing the band rehearse down the hallway and the percussion more like someone hitting super-muted drums equally as far away, everything retains at least some clarity. The distance within the recording almost makes me think as if Oaks of Bethel was striving to create a drone/doom metal atmosphere by way of mid-paced black metal, which, I might add, worked. The trance-inducing monotony of each track, brought about by lengthy periods of repeated guitar progressions with slight variation thrown in here or there, mirrors what I might feel when listening to, say, Oren Ambarchi's In The Pendulum's Embrace or Earth's Earth 2. This is not an every day listen; it's a commitment.

The Ghosts That We Are is definitely a time-consumer, but I'd go so far as to say it's something you should definitely give a solid listen by the end of the year. Yeah, yeah, it's long, I addressed that, but what else are you going to do on a Wednesday night? Don't lie to me, you're reading my reviews; you have nothing better to do, right? So, grab $20 and order this monstrous release here so EEE Recordings can release even more awesome material.

-Jon
Posted by The Inarguable at 7:55 PM