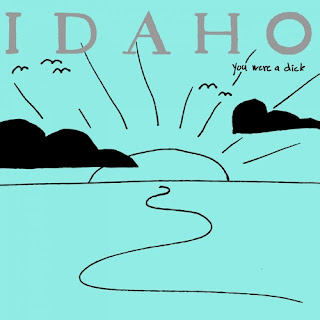 Jeff Martin can do no wrong. From his band Idaho's inception in the early 90s, Martin's prolific output throughout the decade brought the world some of the most plaintive, heart-felt, beautiful songs that still go unmatched. Martin's unique take on a niche subgenre of indie rock, the somnambulant "slowcore," features expansive compositions, experimenting with a vast array of instruments and genre fusion, giving Idaho an almost cinematic feel. After years of musical evolution and having his own songs used in films (I distinctly remember HBO using the intro of "To Be The One" as part of a promotional campaign), Idaho's The Lone Gunman, an Eno-esque masterpiece, proved to be the band's last album. Martin put the project into hibernation and spent the rest of the decade scoring films and documentaries.

Earlier this year I heard whispers of Martin's plans to resurrect Idaho and release a new album sometime during the summer, but without any substantiated evidence I ended up forgetting the wondrous news until sometime last week when I stumbled upon Idaho's brand new BandCamp page, on which Martin had the entire new album, You Were A Dick, streaming. With a title like You Were A Dick, I was, to say the least, a little off-put and concerned, wondering if Idaho was going for shock value, only to remember that Martin had always had a bit of a tongue-in-cheek sense of humor, imbuing titles such as We Were Young And Needed The Money or U Got That Gunman Thaang. Ultimately I found out the title is a line in the album's title track, where the narrator reminds a specific person that they "were a dick to [him] in high school." Yeah, he could have used the word "jerk" or said that the antagonist was "mean," but, in the end, if someone is a dick...that's what they are. Nothing is more powerful than lyrics to which I can relate, and if someone's "being a dick" to me I will probably tell them just that.

You Were A Dick, while still displaying the maturity in composition found in more previous Idaho albums, shows Jeff Martin holding back more, opting for a more minimalist approach throughout the album. All the textural nuances are still there, but the album has a more spacious, open feel that leads to a more disparate, nostalgic feel that is synonymous with other "90s" indie rock bands. Throughout the album you will hear nods to other, not really associated styles of music, be it the IDM-influenced electronic drums or the contemporary classical-meets-pop approach Martin takes to the piano. It's beautiful, really. You Were A Dick almost acts as the missing link between Idaho's more stark, brooding music found throughout the 90s and the lush, densely composed albums of the 2000s.

I welcome Jeff Martin back into the non-film music world with open arms. To think it had been six long years since his last release, yet he was able to pick up right where he left off. The genuine emotion felt throughout this album, coupled with Martin's relatable lyrics, makes You Were A Dick one of the more "believable" albums of 2011. No, I'm not saying that other albums aren't believable, but many artists couple the artistic ability with concentrating too hard on intelligence, thereby chipping away at the music's intended "genuine" emotion. Quiet, contemplative, beautiful and all-too-real, Jeff Martin's Idaho has made its triumphant return. We missed you.

Order this wonderful album directly from Jeff at his Bandcamp, linked above, where it is available digitally, on CD, or a limited-to-300 LP run.