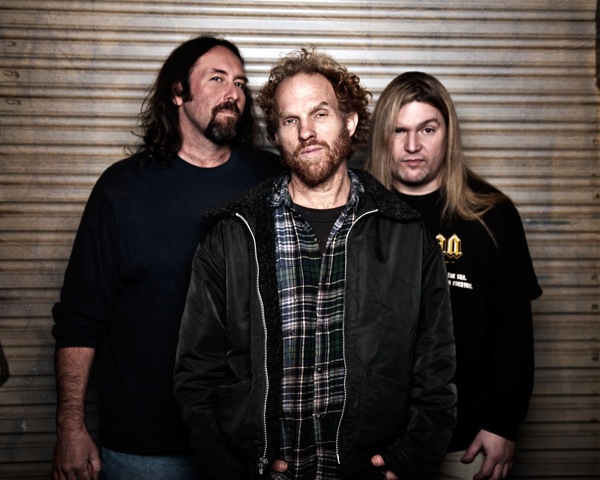 I still can't get over the fact that Reggie's Rock Club is a venue. For the past 4 years Reggie's has hosted some of the biggest metal concerts in Chicago, but most people don't know that the Rock Club had its humble beginnings during the mid-'80s in Chicago's quiet Northwest suburbs, more specifically Hoffman Estates. Yes, Record Breakers, just a mile or so away from my childhood home, once was one of my frequent haunts, where I first saw Grateful Dead posters, saw marijuana, and listened to and bought my first rock album (The Process of Belief by Bad Religion). It was quite a devastating blow when Record Breakers up and moved to Chicago, and I still get that strange feeling of "Man, what if this was still by my house? sort of feeling whenever I go there...but Chicago is definitely a better location for Reggie's, and if it means hosting shows like these then I won't complain. Kudos to you, Record Breakers - at least one of us escaped the suburbs.

Continue reading for videos, reviews, and whatever else I feel like writing

Openers Hunters, or at least their singer, whose lengthy hair most-likely graced every square inch of the stage, definitely know how to put on a show. Their hard-hitting combination of crust punk, old school death metal, and anything else that could have been thrown into the mix was as powerful as it was mind-bendingly heavy and energetic. In a city known more for their "old-school bands" (here's looking at you, The Chasm and Cyanide), it is nice to see some new blood. Chicago has too many black metal bands, anyway. Here's hoping their singer, who broke his pinky during their set, heals quickly!

Oh man, I love Coliseum. Their unique blend of hardcore punk with elements of post-hardcore, noise rock, and southern rock makes them the closest any of us will ever get to see a Dischord Records band live again. Between bassist Mike Pascal's goofy faces and Ryan Patterson's (who I  interviewed before the show) dance-like sways, it is obvious that these guys love to play live and, for a band that has toured pretty much nonstop for the past eight years, it is incredibly cool to see that they still harbor that sort of onstage excitement. Raging through at least 15 tunes, highlights were definitely the crowd favorites "Blind in One Eye" or "Skeleton Smile." A Fugazi for the new generation (with a much nicer frontman who happens to lack Ian McKaye's massive ego), I will definitely have to attend their next show with Boris and Helms Alee in October.

As a YouTube user's comment so eloquently put it, Corrosion of Conformity is by far one of the most underrated bands of the past 20 or so years. From their inception in 1981, we've seen CoC evolve from a crossover hardcore/thrash metal band to something entirely their own, utilizing elements of southern rock, heavy doom metal, and fierce, catchy, technical riffs. Lacking guitarist Pepper Keenan on this particular tour, the 3-piece Mike Dean, Woodroe Weatherman, and recently re-joined drummer Reed Mullin took this as an opportunity to reminisce and perform some of their older, fast hardcore material..and boy, did they do it well. While each of these guys are definitely old enough to be my dad, they rip with the disregard of any mo-hawked teenager. Expect new things from this 3-piece lineup sometime soon.

-Jon
Posted by The Inarguable at 7:40 PM