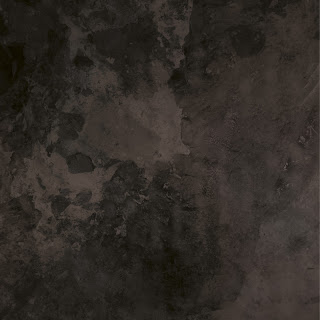 All Hallows Eve truly is the perfect release date for a new William Fowler Collins album. New Mexico's finest experimental artist has yet to disappoint with his unique brand of bleak, enthralling drones. A mere four months after his brilliant collaboration with Arizona "amplifier-worship" drone project GOG, Type Records release The Resurrections Unseen shows Collins pushing the envelope even further, imbuing upon the world some of the darkest, blackest ambiance these ears have ever heard.

Unlike Malpais, which dealt more with natural desolation and organic darkness, The Resurrections Unseen is a meditation on the evils within man, leading to a much more uneasy and hyper-personal listen. Within the the first seconds of "First Breath" (which actually turned my subwoofer into a sort of fan for my feet), a dark shadow is cast upon your psyche, wherein resides your most horrid and negative of thoughts, trying to fight their way into physical manifestation. From the goriest, most hopeless moments of "Abbatoir," a much more sinister-sounding synonym for "slaughterhouse," to the uncomfortable, alien presence of "The Light in the Barn," and the terrifying two-part "Embracing Our Own Annihilation," it is clear that Collins has a deep understanding of man's inherent darkness. Throughout The Resurrections Unseen are quite possibly the most spine-tinglingly bleak and inhuman moments this reviewer has ever heard in recordings.

The soundtrack to evil spirits in the air, William Fowler Collins has hit a new peak with the engrossing The Resurrections Unseen. A perfect companion to anything written by Cormac McCarthy, silent horror films, or simply sitting alone in a dark room. The sound equivalent to noticing that your closet light just turned on by itself. Creepy, enthralling, necessary.

Available in Europe today and in the US next week.