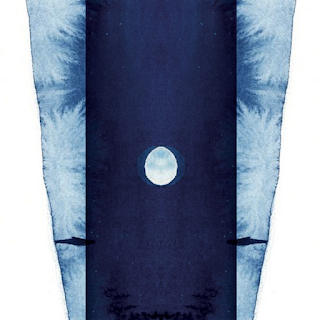 Eolomea is a demonstration of the best of the non-noise artists grouped in the noise scene. Like Locrian, it's Andre Foisy playing guitar (in a way not remotely resembling any of that silly "riff" and "solo" garbage) and someone else--this time, the legendary David Reed of Envenomist--building sound with synthesizers.

Reed is not, however, Terence, and Eolomea is hardly likely to be confused with Locrian. While centered on the expansive sounds of droning keyboards, they resemble more the calling of semi-angelic horns across empty space. They (and Andre) scream of loneliness, of the secrets made by the complete absence of anyone who might know.

If the 1972 East German science fiction film of the same name is anything like this, it's probably a good watch. The world is over. I'll see you among the stars.