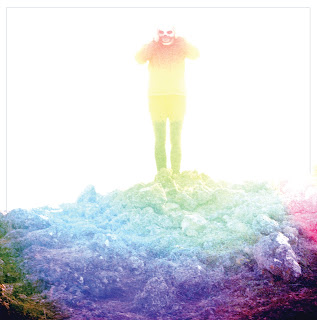 Elegance isn't a quality one would normally associate with metal. A genre with roots in spandex and weapons-grade hairspray, "heavy metal" has proven itself as more of a source of fear for parents rather than a haven for the artistically inclined. Elegance, as defined by the Oxford Dictionary of the English Language, is "the quality of being graceful and stylish in appearance or manner." Of course, as a person who actually enjoys music for its ability to hold my interest rather than artistic merit, "elegance" isn't a deciding factor in whether or not a band is good, though its place in metal is a worthwhile topic in our modern age. Yeah, yeah, there are bands like Opeth and Alcest whose "heightened harmonic awareness" have brought about "art metal"'s undeniable peak. However, in my opinion, neither Opeth's hellbent-for-vintage sound nor Alcest's childlike nostalgia truly exudes what I feel is elegance. Though some bands and releases demonstrate qualities of elegance, the inherent maturity and grace found within Vaura's debut album, Selenelion, acts as a doorway through which elegance, in my opinion, at the very least, has found its way into metal's swarth.*

Selenelion is one of those albums which proves itself to be exceedingly difficult to place on the "genre scale." An artistic union between the minds who brought you Kayo Dot, maudlin of the Well, Dysrhythmia, Gorguts, Religion to Damn, and lots more, Vaura's intelligent, flowing, unique approach to metal utilizes a myriad of styles as vast as the visible light spectrum, which is proudly displayed on the album cover. Based around a core of shimmering, atmospheric metal, Vaura fearlessly incorporates elements of expansive post-rock, forward-thinking black metal, 70s psychedelia, and even post-punk, resulting in a far-reaching, fresh-sounding fusion which could please Mono and Cynic fans alike. Frontman Joshua Strawn's haunting, pure voice is the perfect companion to Vaura's eerie-yet-chiming music and esoteric subject matter, ranging from the "Drachma" coin, which was used in Greek mythos to raise the dead, to a few Jorge Luis Borges references.

A selenelion occurs when both the sun and moon appear as one entity just after a full lunar eclipse. The best way to describe the phenomenon is if someone lit exactly half the moon on fire and hung it low in the sky, which is the absolute perfect visual representation of Vaura's sound. Rooted in sonic equality between light and dark, Selenelion pits Joshua Strawn and Kevin Hufnagel's chiming, at times almost cheerful guitar work against rhythm section Charlie Schmid's cataclysmic drumming and Toby Driver's deep, dark bass, all while Strawn croons and howls like a possessed Kristoffer "Garm" Rygg somewhere in space. One can only witness a selenelion a few times a year at best, but one can experience the selenelion's astral juxtaposition through this elegant record.

Vaura's Selenelion is currently available for preorder from synthwave/post-punk label Wierd Records and will be officially available on CD and super luxurious 2LP on February 28th. Order this one, you won't regret it.

*Yeah, I said "elegance" in some shape or form six times in the intro, but using synonyms would have made it confusing. Deal with it.
Posted by The Inarguable at 11:35 PM