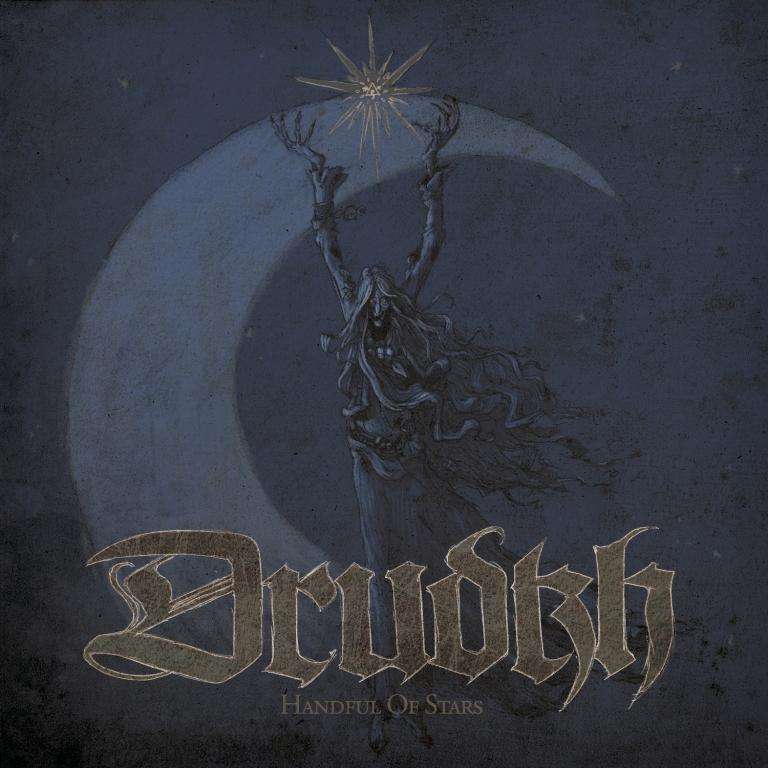 Drudkh is a band that has created their own atmosphere throughout their career as a band. Over the years, they have managed to record eight full length albums and two EP’s while still remaining the completely obscure Ukrainian band that the whole underground metal scene is talking about. No promo pictures, no live concerts, Drudkh plays by their own rules and are successful. The cover art by Fusy Teyssier is a nice change from Drudkh’s standard nature album art and compliments the stargazing feel of the album. While I still love Autumn Aurora and Blood in Our Wells, I have embraced Handful of Stars as a testament that Drudkh can still push the limits of their style and genre and will continue down this path for years to come.
First off, the production is much more upfront and dry as compared to their older albums. There is nothing wrong with this fact because it is still very high quality. It fits the songs and compliments the riffs. After the piano intro of “Cold Landscapes” we begin with “Downfall of the Epoch.” Right away, the track hits hard and beautifully. It is a great set up for the entire album and showcases the signature Drudkh trance-like riffs and harsh vocal performance. Half way through the track, a clean guitar sets up the gigantic ending portion of the song.
“Towards the Light” brings introduces the blast beats and has the gorgeous Drudkh black metal vibe happening. Clean guitar parts and busy baselines reminiscent of Microcosmos add an extra interesting element to this track and it is a great step forward for the band; taking what they did on the previous record and expanding it with an almost post-rock feel at times.
“Twilight Aureole” explores interesting rhythmic patterns that are surely a great step forward. “The Day Will Come” begins with an acoustic and clean electric guitar riff the sounds like a combination of Autumn Aurora, The Chameleons Script of the Bridge, and Alcest. Blast beats bring the intensity back but the track still retains its melodic feel. Half way through, the bass line hits very low octaves that give off a very chillingly epic feeling.
While the four main tracks on Handful of Stars are all nine minutes or longer, they are all musical journeys that work with each other. This album is a new take on Drudkh’s sound. I love the fact that instead of trying to sound more raw or more ‘black metal,’ the band has embraced new influences and used them to their advantage. If you are a die-hard Drudkh fan, you probably already own this record, but if you are new to the band, I strongly recommend it along with checking out their back catalogue. The Ukrainian masters have done it again!

-Johan
Posted by The Inarguable at 5:34 PM