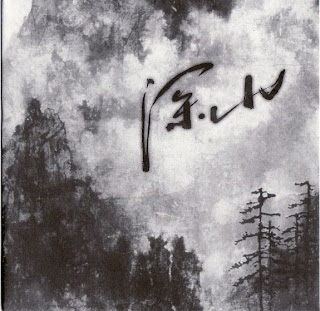 China is not the most orthodox place to find new black metal bands. As recently as the 1970s, it was still very difficult to find rock albums. One almost had to rely on the black market. Over the past few decades, however, it has almost exploded in contemporary musical diversity.
So, one would think that perhaps China could be a tad bit behind.

What this new band from Pest Productions offers the world is not only up-to-speed, but is masterful and hauntingly emotive.

There are a variety of different tempos and atmospheres, but there remains somewhat of a 'depressive black metal' aesthetic. However, I don't mean 'one-man-band-with-line-in-to-Audacity-in-his-bedroom' black metal, I mean seriously thought-out and solid riffing. And it is perfectly married to the occasional folky interlude or overdub, and also, surprisingly, bluesy solos.

What is excellent about this band is how focused it is. This self-titled album is an incredible first impression, and should also serve as quite the mascot for anyone to behold when trying to find good metal from China.

-Elan
Posted by The Inarguable at 6:22 PM