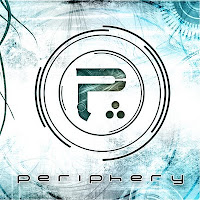 I must say I am truly not into the whole ‘Djent’ or core stuff I personally see it as nothing more than a trend nothing more nothing less. But a few months ago I was watching a subscription on my youtube from a guitar player I am subscribed to and he played a song called ‘Icarus Lives!’ and I was impressed with the song. I then looked up to see who the artist was and this is where I found Periphery.
Well After hearing a few songs from these guys I have to say this is not that bad. The members of this band are very talented. This album has a fair balance between Djent and Progressive metal. One thing I noticed while listening to this album is that they do not use 8 strings or tune their 7 strings to G tuning they just tune a half step down and tune the low B string down to A flat. Which is good because there is no CHUG CHUG CHUG riffs it is mostly just the guitarists doing groovy riffs on the low B string though the Meshuggah feeling and sound is there but at least they are not going on with the rest of the band wagon in the Djent trend trying to make everything chugs and low F sharp every second of the song on every song like most Djent bands seem to do.
At times the vocals remind me of Linkin Park some times which is really shitty but that is just my thought on it. This album does contain breakdown which I do fucking hate but it is something you can get past. The Dream Theater influence really sticks out like a sore thumb on this album at least in the leads and solos.. speaking of solos they are really great the only thing I dislike about bands like this is that the leads sound like random chromatic scales. Their clean and ambience guitar tones are really fantastic I do enjoy those 80s clean tones and the ambient guitar atmospheres..
I liked this album It is pretty cool that the founder Misha Mansoor started this band and did all of the music by him self and then received notice from forums and music web sites and now is touring though it is a shame this does not happen to many other great artists.

Posted by The Inarguable at 1:46 AM