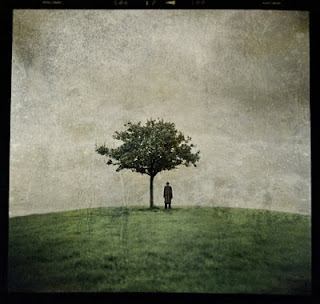 Ana Kefr is a progressive metal band. They reside on the West Coast of the United States, specifically in Riverside, California. The band was formed by Kyle Coughran and Rhiis D. Lopez back in 2008. Since their founding, they have added more members and released a full length and a single. The bands newest release, The Burial Tree (II) is once again pushing the boundaries of heavy metal. This band is very different, and I stress the word different heavily. I can name drop a few bands to give you a frame of reference, but it would be best to listen to this band with an open mind, free of name drops and other aspects that might detract from the listening experience that Ana Kefr provides. Ana Kefr writes about an array of topics ranging from religion to politics and human rights to philosophy. If this doesn’t put them in their own category, then let me add a little more. Ana Kefr has toured with Exodus, Into Eternity, My Ruin, Taproot, and Death By Stereo. This list alone is all over the place. This has been a difficult band to review and The Burial Tree (II) is quite an album... Yeah, here it goes…

If you are going to listen to this album, it must be listened to as a whole. Everything weaves together to create this awesome aural experience and to break it apart track by track would take from the album rather than contribute. However, I can contribute these points, this band is pushing the boundaries of heavy metal, and there is no doubt about it. I haven’t listened to something so new, innovative, and refreshing in many years. Not only is Ana Kefr pushing the boundaries, but they are doing it with a very heavy sound and with many influences. When listening to the album, I heard everything from progressive metal to metalcore to death metal and even post rock! This band brings quite a big breath of fresh air to the realm of old, recycled ideas, and they are young; meaning they have much more to bring to the table and much more time to gain the fame they deserve.

I feel like I have to name some standout tracks before I conclude, so here are some to start. “Thaumatrope” is probably my favorite track on the album, followed by the two closing tracks, “The Blackening” and “The Collector”.  These three tracks should be a good place to get you started (if you must break this album down on a song to song basis). Overall, this album was great. I thoroughly enjoyed each song and I especially.enjoyed how creatively the band was able to weave this whole album together. I highly recommend this album to all fans of heavy metal, especially those who favor progressive metal above all. Unfortunately, I have no information pertaining to where to buy a copy of this album, but I can leave you with this. The Burial Tree (II) is set to be released on May 3rd of this year from Muse Sick Records. Keep an eye out for it via www.anakefr.com or www.facebook.com/anakefr and for fucks sake, buy the album when a place of purchase is announced!