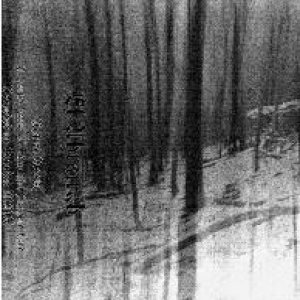 El-Ahrairah is an enigma. I actually found out about this Minnesota two-piece via an anonymous post on a small noise forum on which I used to frequent. No names, infrequent shows, and xeroxed-to-hell cassette covers (these guys mean business), one would think these fellows to be another Ildjarn-worshipping, mega blown-out, distorted-to-hell, noisy, unlistenable black metal band, and yet what we have here is something true, sincere and refreshing.

Though, yes, this tape is lacking in the production department, as most underground black metal releases do, the Rotted Roots tape is filled with passion, keen musicianship, and atmosphere in spades. The first side brings the listener the eponymous track, a near-20 minute mix of blistering black metal, crawling doom, and cold, organic ambiance. Though comparisons to Weakling and other west coast black metal bands can be made, there is something I just can't put my finger on about El-Ahrairah's atmosphere; something different and new. This track, albeit raw, is really something special and, even if it is lengthy, I am kept interested throughout it's droning, distant and intense display of passion and aggression.

Untitled and unsettling, side B is a lengthy, though not as lengthy as the "Rotted Roots" track, ambient noise track, featuring post-rock tinged guitars, frightening, ominous voice samples, and distorted noise. Some people have reported hearing the band members' voices amidst the chaos, but so far they've denied every claim. An interesting and new experiment for the El-Ahrairah camp, the uncertainty and overall creepiness of this tune was executed flawlessly and could very well be a sign of new directions on future releases.

Sadly, this super-limited cassette (only 50 copies) is all gone, but I would implore you to check out anything you might find by these fellows, and be sure to order material from their own A Terre Records to fund any future, self-released excursions. Who knows, you might even see something featuring one of our own writers in their e-store soon...