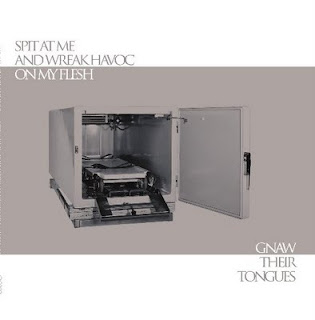 This incredibly eerie album first made the world a darker place back in the year 2006. It was one of most vile, filthy, and dirge-ridden collection of noises and music than anyone had seen thus far, and, to this day, it still is only listened to with an acceptance of the oncoming intimidation that it brings.

So, what happened next? After a series of follow-up albums that solidified this artist's name in the international music scene, he decided to remaster it.

Therefore, what we have now is an even MORE vile, filthy, and dirge-ridden collection of noises and music.

One of the things I have loved about this album is the fact that, even if it did not have all the layers of foreboding sounds, the music itself would still be powerful in and of itself. But the fact that just the dark music was not enough, is fascinating. We have all sorts of things going on; heralding trumpets, violins, clips of people explaining how to go about performing an autopsy... if you read this whilst reading some sort of occult text, you'll probably pass out. Even the devil himself would check himself at the door before proceeding to listen to this, and especially now that the vocals sound sicker, the bass even heavier, and the reverb more encompassing.

Call this what you want... ambient, noise, black metal, doom, whatever. I just call it a soundtrack to something that I think the creator feels is close to hell... the backalleys of our world. As encompassing as it is sobering, this album is not for those for weak constitutions.

You can find this album at Ominous Silence.

Posted by The Inarguable at 1:10 PM