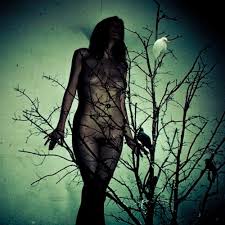 If you haven't heard of Chicago metal band The Atlas Moth, you've at least heard of frontman Stavros Giannopoulos's legendary moustache, which he sadly shaved off last year. Powerful enough to have its own Facebook Page, press folks, to the dismay of Giannopoulos, would always turn to Stavros's moustache as a "go-to" comment, whether they found enjoyment in his music or not. Of course, now that Stavros's face is shorn, jerks with websites (like myself) can only grasp at the moustache's former glory in order to create some witty introduction, because coming up with some sort of introspective, witty statement that ties into the album has become the next most annoying thing since "In a world..." movie previews. However, facial hair aside, The Atlas Moth's latest offering, the mighty An Ache For The Distance, is one of the most solid metal albums of 2011.

Melding spacey sludge with progressive rock (more Pink Floyd than King Crimson) and a love for psychedelic pop bands, An Ache For The Distance is a refreshing take on the "post-metal" genre about which I complain in at least 30% of my reviews. Unlike previous efforts, this album shows The Atlas Moth toning down the blues influence that encapsulated A Glorified Piece Of Blue-Sky for a more melody-driven, dense trip through massive doom riffs, trippy psychedelia, and spine-tingling triple-guitar harmonies. While this is undoubtedly a doom metal album, it is definitely The Atlas Moth's influence outside of metal that truly makes this album stand out. Take, for example, the bizarre, Jesus Lizard-inspired introduction to "Perpetual Generations" or the constant, atmospheric presence of bands like Deftones or The Flaming Lips, merged tastefully with Giannopoulos's blackened shriek and guitarist David Kush's (what a fitting last name) gruff singing voice. Oh, and Anatomy of Habit/Bloodyminded's Mark Solotroff has a powerful voice cameo on the syrupy "Courage"; it's always wonderful to see musicians within the Chicago scene collaborate with such magnificent results.

After listening to this album nonstop for the past few weeks, I'm convinced that in a few short years we can see The Atlas Moth filling up stadiums, co-headlining tours with Mastodon, and having some sort of major record deal. An Ache For The Distance has that sort of accessibility while still retaining its fresh originality, which is a rare, rare feat in today's music world. This is unlike any other metal out there, and is by far one of the coolest albums I've come across in the few years I've been a self-proclaimed music nerd. This comes out tomorrow, September 20th, on powerhouse label Profound Lore Records, and is deserving of all your money. Be sure to catch these guys on tour throughout September and October with labelmates KEN Mode.

-Jon
Posted by The Inarguable at 5:28 PM