Top ____ lists are an idiotic farce. Ain't nobody out there who has either the expertise or the taste to say anything really meaningful. With the canon of "great art" throughout the ages so disputed, coming up with the best of a certain year with only the resources of one pair of ears is absurd.

So here's an incarnation of ego-pushing delusion.

10. Wormsblood - "Black & White Art for Man & Beast" [Brave Mysteries]
Wormsblood? Because I need my doses of "wait what the fuck was that noise" and I will not be content without them. Conscious LLN for the new age. I could call it "consistently engaging exploration of timbre and intervalic tempering," but then you'd laugh at me.

9. Sutekh Hexen - "Luciform" [Wands Records]
There are a couple ways we could approach Sutekh Hexen's LP "Luciform." I could discuss how they've revolutionized the sound of black metal. But they haven't, really. Luciform reminds me of that Nightbringer LP from a few years ago: absolute black metal built of giant spaces and night. Sutekh Hexen has a bit more of dynamics and different sounds, but it's all space and darkness. Play it inside and the lights go out and the room becomes miles larger. 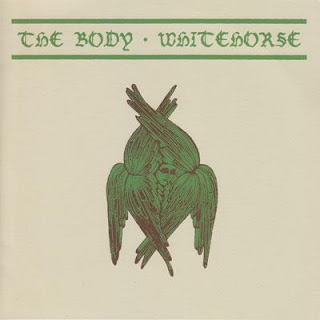 7. The Body/Whitehorse - Split [Aum War Records]
Faster The Body (crushcrushcrush) and Whitehorse is new on me, but "Fierce Reprisal" is the perfect blacknoisedoom punk companion to The Body, which makes it awesome. Destroy destroy destroy, lalala.

6. Mount Moriah - "Mount Moriah" [Holidays for Quince Records]
To call Mount Moriah a traveling record perhaps doesn't make clear its strength. Just remember; I need that engagement, just enough change, crativity, complexity and beauty to keep me alive, content, thinking, and singing across thousands of miles of empty road past the beauty of great untamed fields. I'm sorry that you folks in Europe are so crammed together. You'll have to live with us to understand why this music is America.

5. Locrian - "The Clearing" [Fan Death Records]
The sort of language I mentioned around Wormsblood is better suited to the new Locrian full-length. It's old news now that they're working with Steven Hess, who is something of a modern experimental mastermind (not just "a drummer"). Hess' contributions, along with what I have to imagine is more leisurely and better-equipped studio time, have made for a Locrian that's not only a feeling, but development, flow, and, well, a consistently engaging exploration of timbre, auditory space, and perfect understatement wrapped up in structure.

4. Wrnlrd - "Unknown Tongue" [FlingcoSoundSystem]
Wrnlrd has shown that all the things that are great about "fucked-up" black metal don't have to stay in a little black metal cage and pander to black metal idiocy; they've taken all of those things, shed their black metal bits, and made something worth listening to. Yes, this is an EP. It's important enough. 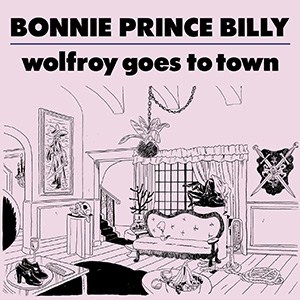 3. Bonnie 'Prince' Billy - "Wolfroy Goes to Town" [Drag City Records]
Wolfroy Goes to Town is lulling me. Not to sleep, because I daren't miss a moment of it, but I can't do anything but listen to it right now. I'm writing in the midst of sketching out this list, and I'd like to check out some more of my maybes, but God I have to keep listening to this.
Jon and I agree that this is the best album Will Oldham has put out since The Letting Go, and its sparsity suits it beautifully. Not only do hundreds of albums wish they could write like this, probably even more wish they could sound this good.
Yes, I'm gushing. You would be too. 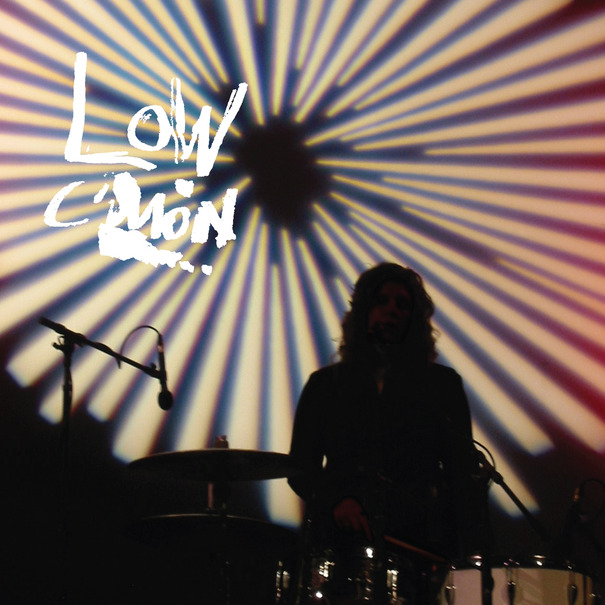 2. Low - "C'mon" [Sub Pop Records]
I know I'm at least the third person here alone to mention C'mon. There's a reason for this. If you listen to it, you fall in love with it. The only way to avoid this is by having a deliberately bad attitude, and then it's only a matter of time. Like Drums and Guns, there're a few new sounds we didn't think of Low doing before, but the songs are perfect and there.

1. Haptic - "Scilens" [FlingcoSoundSystem]
Haptic is dangerously close to being the kind of meandering, meaningless series of sounds that always disappointed me in much of the old musique concrète scene. But damned if I couldn't listen to Scilens for hours. The sheer range of sounds and structures that Hess and company make into their music pulls me in and makes me feel an other-where that normally requires a damned good book. Top score not only for quality but for making me love something in a genre that nigh-always fails me.

The Judas Horse - "Holy War" (Inherent Records): This is beautiful.
Peste Noire - "L'Ordure à l'état Pur" (Transcendental Creations): If they hadn't essentially done this album before, it'd be better.
Rab'ha - "The Defiance Demos" (Small Doses): The world needs more real noise/black/doom like this.
Nooumena - "Argument with Eagerness" (Antithetic Records): Really creative sound: sort of an Ulver/Toby Driver blend.
Cara Neir - "Stagnant Perceptions" (Self-Released): Amazing stuff, all the more so considering the way it's made.
Sky Burial - "Aegri Somnia" (Utech Records): Sky Burial's ritual ambient wrapped around the soul of Nik Turner's saxophone.
Botanist - "The Suicide Tree/A Rose For The Dead" (tUMULt Records): Because what is this. It's a bit too stereotypical and could have been made godly with more artistry.