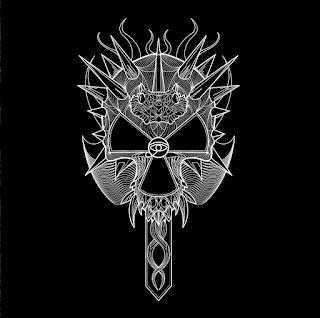 First things first, I must admit I'm not the biggest hardcore/punk fan. I've retained love for a select handful of punk groups over the years, and even those bands had a significant metal influence. It's safe to say that besides the Misfits and very few others, all my favorite punk bands could be lumped into that whole thrash-tinged "Crossover" genre. Corrosion of Conformity has been one of those bands, but I'd be lying if I said my first taste of CoC was in its original, punky incarnation. I discovered them at a young age and instantly became a fan of the band's catchy "southern metal" sound found on albums like Deliverance and Wiseblood. It was from those two mid-era albums where my interest grew, and I eventually discovered their earlier efforts. I was obviously surprised by the drastic change in direction taken and, as a kid, I really didn't get into it very much. Over time, I began to greatly appreciate CoC's earlier material, some of it if only as the legacy of one of my favorite bands. Almost everything released previous to frontman/guitarist Pepper Keenan joining just didn't do it for me. There was something about the sound and overall attitude of that era which struck a chord within me, and no matter how much I loved the album Animosity, it seemed that Keenan WAS Corrosion of Conformity. That statement may very well be blasphemous in some circles, but, nonetheless, was how I felt.

Now, with Keenan preoccupied with Down, founding members Woody Weatherman and Mike Dean have reunited with the band's original drummer, Reed Mullin, for a new, self-titled album in 2012. This is the same lineup who recorded Animosity back in 1985, so, naturally, I found myself interested. After letting this new album soak in, I absolutely enjoy it. It does somewhat lack the intensity I look for in this type of music, and certainly doesn't come close to the frantic tone of Animosity, but it sounds like a band who has matured very well over the past twenty-five years. There are times where you can hear a straight up classic rock vibe, and even an underlying hint of the southern rock which Corrosion of Conformity have cultivated over the past few decades. This, along with the punk vibe, makes for a somewhat strange, albeit enjoyable, listen, and it seems that the desire to experiment has brought the band to a fairly new sound that, if all else, is something fresh. For this release, CoC have certainly held on to the sounds which they have made their own over the course of their entire career and have blended them together to create a fine album. Though certainly not the greatest in the band's discography, it still acts as a sort of culmination of everything the band has done alone and is worthy of praise. Songs like "The Doom" are key examples of the aforementioned "CoC culmination," melding thrashy hardcore with classic, 80s doom and a wonderful southern twang. Corrosion of Conformity is a well written, well thought-out album which is deserving of any metalhead's time. Though two eras of CoC can be quite polarizing, and could even be contextualized as two different bands, I'm sure this new effort will bring the two factions together as one.

-Dallas
Posted by The Inarguable at 10:42 AM