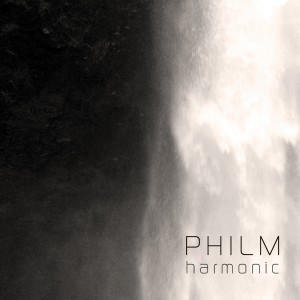 I find it interesting that Dave Lombardo is the only member of Slayer to have sought out alternative modes of musical expression.  Kerry King is usually game to lay down a guitar solo on a contemporary's record, but Lombardo's the only one truly willing to step outside of his comfort zone and explore the world beyond thrash.  Maybe it's because he was kicked out after "Seasons in the Abyss" and his resultant connection to Slayer isn't as familial as Tom Araya's or Jeff Hanneman's, or maybe his time spent with Mike Patton and John Zorn opened him up to a ream of new possibilities and horizons that his regular band wasn't up for navigating.  There's no denying that his skills as a drummer have increased tenfold since working with Zorn; it seems Lombardo is the only member of Slayer still capable of playing anything pre-"World Painted Blood" at the proper hyperkinetic speed in a live setting, as well as the one with the most well-rounded musical approach.  His willingness to experiment (at least as defined by the contextual shadow of Slayer) has certainly colored the last two Slayer records in shades beyond grey and black, lending them a smattering of "what the fuck?" moments that seem as revelatory now as "Reign in Blood" did to me back in 1992 (I'm only 33, so my formative musical years took place a little past that record's release, though its impact certainly wasn't any less), so i'm inclined to greet Lombardo's newest band, Philm, with an intense curiosity.

"Harmonic" is a really interesting record.  The few teaser tracks that went up prior to the album's release only provided the most cursory glimpse of what this project was attempting; while still aggressive and possessed of an obvious hardcore punk aestheticism, Philm are nothing even remotely like Slayer, coming from an entirely different swarm of anger and seethe.  Across a sprawling fifteen tracks Philm delve into nuanced jazz regressionism and frigid, spacey psychedelia placed firmly within a template of "post" hardcore and vaguely King Crimson-style structure.  Lombardo seems to openly defy the type of drumming he brings to Slayer, even when the riffing of a given song demands it (as in "Mitch"), and instead leans hard into flashy but not unimpressive free inflection and temperance.  The entire record seems not of its time, recorded and released in a vacuum state where influence was merely the vestige of an idea.  There's a musicianship on display from all three players (Lombardo plus Gerry Nestler of Civil Defiance and session pro Pancho Tomaselli) implying a distinct sort of maximalism, one that stands in direct opposition to Slayer's incredibly minimalist interpretation of hardcore.  Several songs make use of pedal point guitar droning ("Vitriolize" and "Area") while others traffic in an almost ambient sort of bombast ("Harmonic"); the sum is a mastery of "less is more" philosophizing and an innate knowledge of how to use space, effects, and phrasing.  Philm becomes something vague and undefined but clearly assaulting.

The closest comparisons I can think of to Philm's sound are Justin Chancellor of Tool's incredibly undersung band Peach, Therapy?, and Germany's industrial cosmic psychonauts The Young Gods.  I can also hear echoes of Prong in Philm's stuttery staccato riffing and Nestler's vocals.  All four of those bands were working in opposition to what was "popular" within their chosen (or critically determined) genres; Philm brings that same antagonistic sensibility to "Harmonic."  This isn't music that really fits in with or belongs to a modern time, or maybe any time; instead it exists comfortably in a small undefined tableau where Larry Coryell jams in the milky stars with Praxis.  The abdication of thrash texture by Lombardo lends "Harmonic" a new sort of heaviness more illustrated by mood and atmosphere than riffs or tone (although Nestler's guitar work is stellar throughout, both beautifully clean and compressed to "Ride the Lightning" like levels of monolithicism depending on the song), and the expansiveness of the suite of songs as a whole, especially towards the back end, rewards repeated listenings.  I haven't heard anything quite like this in a long time.

The record isn't without its failures, though.  Closers "Mild" and "Meditation" both feature bland chromatic guitar lines that reek of the worst moments of 311 alongside some cheesy wah-work that would send Kirk Hammett into the bushes vomiting.  There's an overall reliance on obscure nostalgia that could be off-putting, and Nestler's lyrics sometime remind me of why Prong never really grabbed anything other than a niche audience within the metal community.  "Harmonic" is a somewhat arrogant record, understandable given its members' pedigrees (Tomaselli was bassist in Eric Burdon's WAR, for fuck's sake), but that arrogance could easily translate to condescension and an inflated self-importance.  The album is too long by far; in that sense Philm could have benefited from stealing one page from the Slayer playbook.

Overall "Harmonic" charts a landmark new course for one of metal's most revered figures.  The shortcomings of the album truly pale in comparison to the obscurity of influence and general individuality offered up by the band.  This record almost stands to eclipse Lombardo's work in Fantomas for me; any session drummer could have shredded their way through "The Director's Cut," but not every drummer could tap into the restraint/explosiveness necessary to evoke classic records like Peach's "Giving Birth to a Stone" and King Crimson's "Three of a Perfect Pair."  There's a unique voice here, and I sincerely hope Philm isn't just a one-off project.  Theirs is a sound that warrants deeper, more thorough examination and reflection.  Whatever's getting beamed into Nestler and Lombardo's heads is a transmission needing immediate translation.  While I wouldn't trade a new Slayer album for a new Philm album, Lombardo's most recent excursion is a worthwhile and totally engaging stopgap.