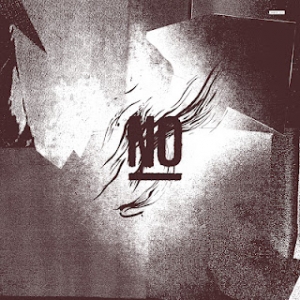 Eight years after the release of the near flawless album "Christmas," Old Man Gloom have unleashed their latest opus "NO," a crushing hulk of post-hardcore metallized sludge that reaffirms their status as masters of the dissonant epic.   There's very few bands left performing this particular style of abrasive antagonism, and even fewer performing it as well as Old Man Gloom, so hearing "NO" is both breathtaking and nostalgic at the same time.  When I was in my late teens and gobbling up every Hydrahead seven inch I could get my hands on, there was a feeling of electricity surrounding me.  The wave of bands Hydrahead was introducing to the community were exceedingly different-heavy and angry as fuck, but decidedly more intricate, complex, and intelligent than the majority of available metal-and there was an aura of revolution floating in the vestiges of each release.  As Aaron Turner's cultural currency began to flow more profusely, the ultimate value of his contribution to the scene became apparent.  While Isis may have received more numerous (and more critically broad) accolades, for me it was always Old Man Gloom that really defined his musical aesthetic.  OMG were more adventurous sonically, more expansive in their distillation of influences, more violent, and above all, way more fucking intense.

So it's pretty invigorating to have a new work before us, and even more invigorating to see the formula has remained unchanged.  If anything, the music on "NO" is more belligerent, noisier, more fucked up, and more heavy than anything the band have previously turned in.  This is a band whose only resolve is to shred the fucking planet with molten distortion and sheer force, and "NO" gets very, very close to leaving little other than pure scorched earth in its wake.  Again comprised of the "supergroup" lineup of Turner, Santos Montano, Nate Newton, Caleb Scofield, and Luke Scarola, OMG use "NO" as an illustration of their usual interests (primates, devolution, rampant technology) combined with their scalding brand of Neurosis-derived punishment, taking bludgeoning riffs and atmospheres and weaving them into massive textural onslaughts absolutely bleeding with power.  Gone are the pretensions that resulted in Isis' bloated excursions into near formless meandering, exchanged here for simplicity and purpose married to vision and definition.  "NO" is nothing if not visceral and immediate; even tracks with longer run times (and there are several) seem hellbent on taking the most direct route to their own imminent (and inherent) collapse, washing themselves out in pools of gurgling feedback detritus and crippled swathes of buzzing, near-calming electronic radiance pools.

Opening with the quasi-drone/synthesizer experiment "Grand Inversion," the band quickly launch into the junked up dissonance riffing of "Common Species" and hammer it into the ground, rarely letting up across the album's 56 minutes.  All the classic OMG hallmarks are present-the slow crawls, the deep bass throbs, the whiskey screams, and even the stray waft of melodicism-and are built into a tower of cryptic, vaguely scifi apocalyptic burnout.  The songwriting on "NO" is at a near career peak for the band, with "Carry the Flame" easily ranking as one of the all time best OMG tracks (bear witness to the melodic crescendo chord progression that erupts mid-song and tell me your neck isn't sore from headbanging after), while "Crescent" trades on the western motifs that were hinted at on the "Seminar II" track "Deserts in Your Eyes" and achieves a syrupy, hazy mirage-like quality that paints the record over in shades of grey and rust.  Illumination of violent mystery is the ultimate desire here, and the brunt of "NO" is brought down to bear on preconception, opening up the discussion to include lengthy detours into paranoia and conspiracy theory theatrics.  The many instances of electronic interludes placed throughout the record hint at the overall unknowability of our world, the strangeness lurking in the corners of our existences, beckoning.

Old Man Gloom have long been one of my very favorite bands to bear the hardcore tag, and while it may be ineffective in really conveying a sense of what they do, it helps recall a not so long-ago time when the possibilities for heavy music seemed almost endless.  It amazes me how quickly the particular scene that birthed OMG burned itself out, with once progressive bands like Cave-In falling into steep artistic decline, while promising acts like Mare disappeared almost as soon as they arrived.  That OMG still wanders the landscape, hulking around like some shadowy dinosaur (or maybe a missing link?), seems both comforting and a little frightening.  Is "NO" a death song for modern hardcore?  Probably not, and my nostalghia is obviously forcing me into melodramatics.  But there does seem to be something approaching finality here-the extreme noise textures found within the record's closer,  the aptly-titled "Shuddering Earth," seem indebted to the nihilistic philosophies espoused by many HNW sculptors-and an admission that modernity is falling fast into the rift of annihilation.  While the overall direction of society is of little concern to me (i'll be extinct long before it matters), the gravity of "NO" is blissfully overwhelming, and if it takes our continued cultural devolution to inspire these sorts of works, then let the lemmings jump off the cliff.