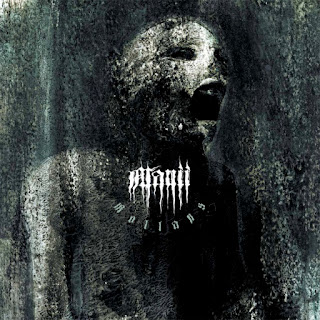 For any band, the phenomenon of the resurrection or reformation will inherently attract skepticism from its listeners. In this particular case, Norwegian black metal outfit Manes have, nearly 20 years after their initial conception, emerged as a new entity: 'Manii'. The name change heralds, according to the members, “a new dawn”. What makes this instance particularly interesting is the bands legacy of inconsistency, and because of this I have made the deliberate choice to review the album not just in and of itself, but with a more contextual and comparative perspective.

Beginning in 1993, Manes presented three demos of spectacular quality. Manifesting a decidedly more ghastly sound than their country mates, the duo of Cernunnus and Sargatanas left behind compositions that were truly genre-defining. Demonstrating clear mastery of the style, Manes' strength during this period lay in its refined atmosphere that was typically lo-fi and bare while still capable of manifesting incredibly lush imagery. These were grimy tomes, culled from the moss-ridden haunt of some subterranean hermit, pieces to be heard wobbling on an old phonograph. The culminating point of Manes' explorations in black metal was the full length Under ein Blodraud Maane, which compiled the best material from the demos and exposed them to a greater audience in 1999. This is arguably their most highly regarded work, and it is since then that the group has been culled from the mass of Scandinavian output as a subtly unique force. Four years later sees the release of Vilosophie in 2003, and then How the World Came to an End in 2007. Both albums are experimental, genre-bending works of quality in their own right that encapsulate a far more urban atmosphere. After the dissolving of Manes in 2011 the group will attempt to return to their subterranean abode under a new moniker, and they have made it clear that this is intended to be a “paradigm shift”.

Kollaps begins with a rather astral electronic intro that quickly launches into a lurching dirge. The focus here is considerably more doomy and 'cosmic' while still retaining the overall sound palette of the classic Manes output. There is a concerted effort to re-create the grainy guitars and haunting disembodied vocals that characterized the duo's earlier work. The first track slides seamlessly into 'Liv-øydar', which presents a similar lo-fi yet rather synthetic atmosphere and mid-paced tempo. It is around this point that my brow furrows and in listening to this album I'm reminded of groups like Darkspace and Xasthur, both of which have clearly looked to Manes for inspiration. Herein presents one of the difficult ironies of this resurrection: as a listener we might compare this experiment in re-interpretation to newer groups who have clearly been influenced by the earlier manifestations of the original band. It's a cyclical conundrum that is in ways unfortunately unavoidable, but can also be used to test the overall validity of the piece.

It's by the fourth song "Ei sjæl som sloknar" that the album clearly nods to old Manes material. This is a brooding, claustrophobic waltz accompanied by a very familiar rhythmic vocal attack by Sargatanas. Nostalgia peaks with the sixth track "Endelaust", which begins with an eerie chromatic piano line that hints at a prominent aspect of the older Manes material: fun creepy melodies. Present in older songs like "Under ein Blodraud Maane" or "Min Trone Står Til Evig Tid" the group was able to induce such an eerie almost playful element in their sound. Without the emphasis on these elements Kollaps is relegated stylistically to the dense and morose. As the album continues there is an increased textural element that owes itself largely to the increased use of clean arpeggiated guitars, that eventually seep away and left me with minimal sense of a climax or closure. I found myself double checking that the album had actually ended when the music stopped, I suppose I was expecting a bit more.

In the end, what we have is indeed a work that feels as if it could have been the unreleased Manes album, and is no doubt an enjoyable listen with its dense atmosphere and unique melodic structure. However, it also feels like a re-recording of the material that they forgot back in the caves as they ventured toward their more modern sound. As is often the case with black metal, the circumstances in which material is recorded creates the atmosphere. 'Manii' has succeeded in re-creating the atmosphere that made their previous work so unique while utilizing more modern sensibilities to create a considerably more texturally subtle experience. Unfortunately, the more playful and incredibly eerie nature of old Manes has nearly disappeared leaving a more limited dynamic spectrum. More importantly, Kollaps doesn't stand out particularly against it's contemporary counterparts. It feels unfair to reference “old Manes” or newer groups that were taking from their book, but I can't help it, and for that I don't think they have attained the intended “paradigm shift” quite yet. This is certainly as eloquent a return to form that any group would be capable of, and Manii has succeeded in many ways. It's apparent that the experiment was a successfully nostalgic venture for the duo involved and the groundwork has been re-laid for these fellows to potentially accomplish greater things with this sound. The album is a worthy contribution to their canon, but I recommend all to revisit the groups first three demos alongside it.

-Ben
Posted by The Inarguable at 8:27 PM