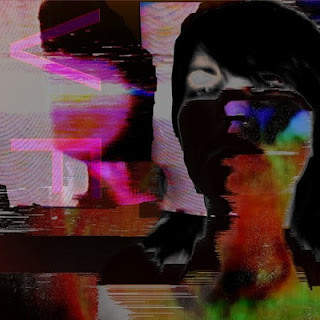 I'm a real sucker for goth music. You know, the morose, downtempo jams, fronted by a baritone sadsack who can just barely hang onto the loose, half-spoken melody while the three-or-four-piece (depends if there's synthesizer or not) rips through some of the most self-loathing, danceable melancholia this side of the Eurhythmics. Yeah, I'm overgeneralizing, and it might even sound like I maybe even mocking the style, but I swear on my life that I love the stuff. It took a while for me to warm up to it, especially with my own preconceived notions of outward appearance, but now I'm lucky if I can go a week without busting out something from the recently defunct Wierd Records backcatalog.

All that being said, its the upbeat, saccharine goth pop of Denton, Texas's Vulgar Fashion which falls just outside my comfort zone. Residing somewhere between the bizarre, occult-inspired sounds of Mater Suspiria Vision and  the sugar-fueled sadness a child feels, watching the melted remains of their half-eaten, colorful ice cream cone mix with sidewalk grit, Vulgar Fashion's sickeningly sweet electropunk sits on the exact opposite end of the goth spectrum from the Joy Division-inspired bands I so love. Oversaturated colors, raw, noisy synthesizers, and undeniably danceable beats are the name of the game here, with a sound more akin to a meth-cut-with-sand-fueled dayglo rave than smokey, poorly-lit dive bars, and I can't help but love it. This five-song EP is a collection of hyperbummed pop hooks, sickeningly sweet synthesizers, and an oddly uncomfortable atmosphere, only aided by its oddly full, characteristically scratchy sound.

Clocking in at a brief twenty minutes, Vulgar Vashion's self-titled debut is a hardly-controlled burn through some of this decade's oddest, catchiest tunes. Though this hearkens back to the glory days of the '80s, these tunes are as fresh as they are edgy, and I can't help but thank R. Loren for taking on another relatively unknown local act for the world to see. These ain't your mama's goth jams, but she might be intrigued if you show her the digitally scrambled, hyper-saturated cover of your very own Vulgar Fashion 10" or CD, which you can preorder NOW, perhaps alongside the new Soft Kill 7" if you feeling especially gothic. Visceral-dark-analog-night pop? Most certainly so.

-Jon
Posted by The Inarguable at 4:55 PM