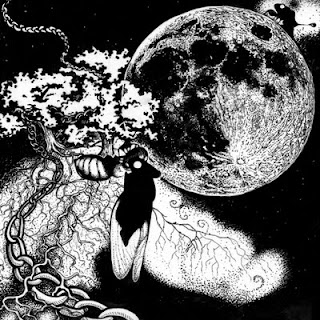 I've known the guy behind this project for quite a while now.
For years, I used to hang out with his old band, listen to his developing solo projects, and watch him progress farther as a musician than I could ever even seem possible, let alone in such a rapid pace.

"Terraforms" is the second album from his current project Connectedness Locus. Over the years, he has dabbled in a multitude of blending styles. I've noted hints of ambient influence, a hand at electronica, and all the while surprisingly merging music styles of other sorts that are hard to even think of integrating. However, it seems as if he does all of this on impulse, without really even focusing on the genre-blending itself.

This album is what I would call the most matured album he has ever done. His music has always painted pictures in my head, but this would be what I envision is the 21st century version of the Sistine Chapel decor: encompassing, vast, mysterious, and masterful. It tells stories we haven't heard yet, but stories we can already understand without knowing details. With a beautiful illustration for an album cover, a solid production, and a clearly focused and hard-hitting structure for each track, it is easy to tell that this album has come out of much work and thought. And fittingly so, as it has been reported that this album is about two years in the making.

With layers of sounds and occasional mysterious percussive elements in interesting tempos to invoke wonder and awe in the listener, this is the soundtrack to many things; memory, observation, pensiveness, dreams, nostalgia, fascination, even a good walk along the side of the road. There is a special feeling to this music that cannot be pinpointed. It is neither sorrowful nor over-joyous. It seems to tap into a part of the human mind that more music probably should aim for. There is never a dull moment in all of this album.

This album is available for download or physical copy purchase at Endless Field Studios.
If you download, I strongly encourage you to donate. It's very worth it.