I waited a bit too long to do mass coverage for one of my favorite labels. I skipped CQBL37 for strategic reasons, mostly the fact that I'm half of Eitarnora, but don't let that trick you into thinking I have a conflict of interests or anything of the sort. Here are my thoughts on most of the last two batch additions to the Brave Mysteries "Cassette Qabal."

EIGHT short reviews after the jump.

There's something oddly magical about Stone Breath. Fronted by Timothy "Time Moth Eye" Renner, Stone Breath is a Western Pennsylvania-based collective of folk musicians whose goal is to play "[m]usic that could be made without electricity. Music that could be played in field or forest (or even in lonely graveyards as was the case in the early days of the band)." Over the course of nine albums and a few singles, Stone Breath has more than managed to successfully represent the sound of Appalachian Earth through their unique brand of neofolk, often imbued with the sounds of various world musics and varied instrumentation. Though a bit more conservative than some of Stone Breath's back-catalog, Twist of Thorn has quickly become one of my favorites. Almost completely avoiding the traditional guitar, Twist of Thorn is mostly centered around the use of harp and "lute guitar" (a guitar with a lute body, giving it a much more lute-like tone), and the outcome is nothing short of pure musical magic. With the much more "ancient" sounding instruments (harp and lute both predate the guitar), this collection of songs takes on a much more pastoral, mystical and medieval sort of character. At his most bard-like, Renner's calm, sleepy baritone only furthers the "Renaissance" comparison. A quiet, sparse exercise in modern American folk perfection. It's funny, I guess this cassette was meant to be something much shorter, a sort of "preview" to the full-length LP Spear of Flame, Horse of Air, slated for a late 2012 release on Brave Mysteries, but I guess it took on a character all its own.

This cassette really had me thinking for a while. I mean, when I read the phrases "Italian industrial" and "power electronics" in Inner Wealth's press release, I was expecting something much more chaotic and harsh...you know, the real hallmarks of both styles. Sad to say, I approached Elisha Morningstar with hesitation and had essentially decided I knew I was going to dislike it. Needless to say, I was surprised. What I thought would be manic and hard to listen to actually proved itself to be pretty pleasant. While most noise I've heard is much more of a bleak, painful affair, artist Francesco Signola successfully breaks the mold, creating sounds which have much more to do with light and sentimentality than human despair. The two personal compositions on this particular release crackle quietly, with cascading waves of ambient noise crashing upon a dew-specked beach. Like I said earlier, it really is rather pleasant. I might not be the biggest noise fan, but I can definitely appreciate what Signola accomplished with this release.

The human voice is much more versatile than we are initially led to believe. Sure, we have become accustomed to various vocal sounds: the five main divisions of pitch class (soprano, alto, tenor, baritone, and bass), pop/jazz voice, classical voice (aria, recitative, Wagnerian and so on), falsetto, the spoken word, and, to those of us who listen to metal, the harsh voice, and yet these are merely boundaries set on the human voice by Western society based on our understanding of music. Russian music troupe Phurpa, led by musician and vocalist Alexei Tegin, tests the boundaries of the human voice through the ancient practice of throat singing. A traditional, ritual-based vocal style, throat singing uses throat and mouth shape manipulation so that the oral, nasal, throat, and chest cavities resonate with either multiple pitches, which is found more in the Tuva region of Mongolia, or, in the case of Phurpa, a deep, deep drone. It's almost off-putting at first, maybe even frightening to hear the human voice go to such extremes, but, once you get used to it, this ancient (when I say ancient, some linguists believe throat singing technique to be one of the earliest forms of human communication) voice style suddenly becomes a source of meditative calm, much like its ritual use. Of course, while Phurpa is centered around the human voice, there are instrumental sections featuring nasal reed instruments and deep horns which are about as deep as this troupe's voices. Phurpa's goal at preserving this oft-overlooked style of music is both as successful as it is enjoyable and, dare I say it, "transcendental" (in the real, non-buzzword sense of the word). 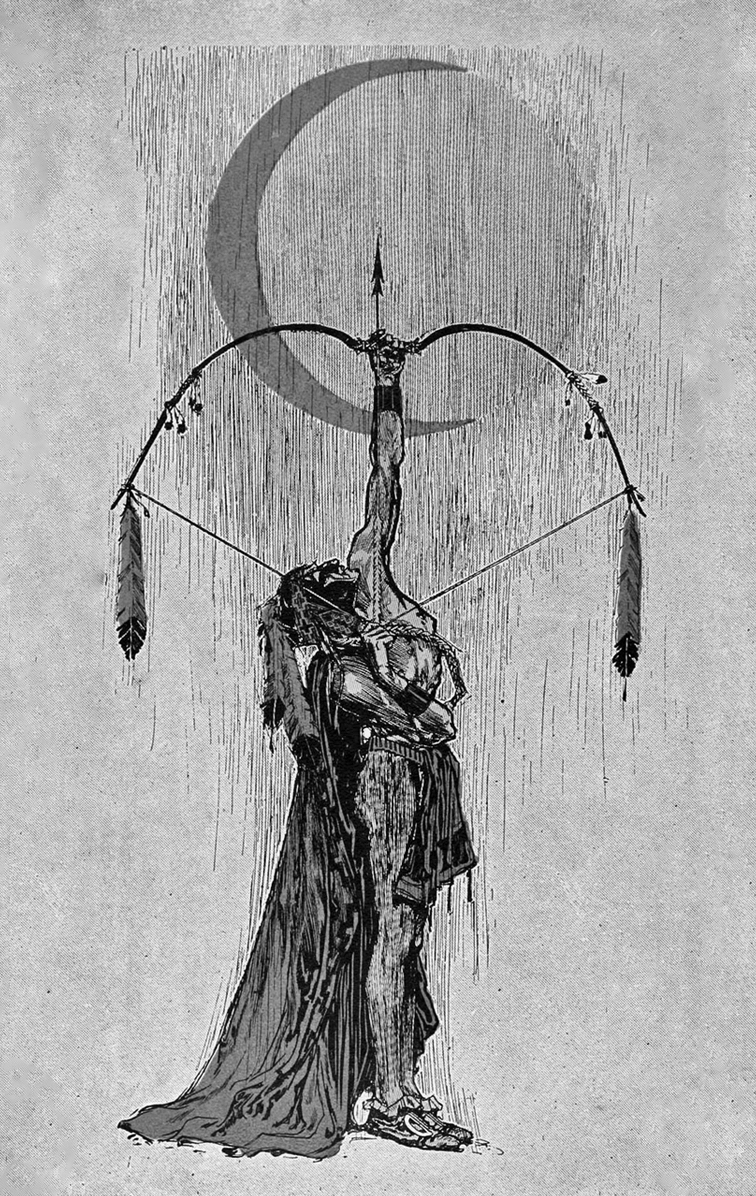 Given musician Clay Ruby's overall magnificent discography, I'm surprised I haven't written about him in the near two years' time I've run this website. From its inception in 2004, Burial Hex's release catalog is at least a mile high, running the gamut from bleak, terrifying drones on early material to the more sentimental ambient sounds we hear now, and, sadly, Burial Hex is coming to an end. Coinciding with the Mayan prediction of the world's end, Burial Hex's fate had been decided long ago, and Ruby has taken this last handful of releases as his chance to extend a lengthy goodbye. Side A, titled "God From Afar, Looks Graciously Upon a Gentle Master" is an exercise in dreariness, beginning with distant piano sounds which are eventually engulfed in the sounds of reverb chambers, which sound an awful lot like crumbling buildings. One comment on the song's soundcloud page reads "[r]uins everywhere[...]," and he or she is right, this sounds like what happens after the end. It is empty and cold, and yet the stillness which surrounds is oddly beautiful, like a still life. Side B is a remix of "The Tower" by St Louis Mary Grignion de Monfort's Day, which re-contextualizes Ruby's soundscapes in a minimal techno setting, rife with a monotonous-yet-driving pulse and an ingenious restructuring of the original song's dynamic approach. A nice, calming, yet unsettling re-imagining which is more than three times the original song's length! Eschatology II is part of the 'Nightfall' quadrilogy, which will be released as a quadruple cassette box upon its termination. 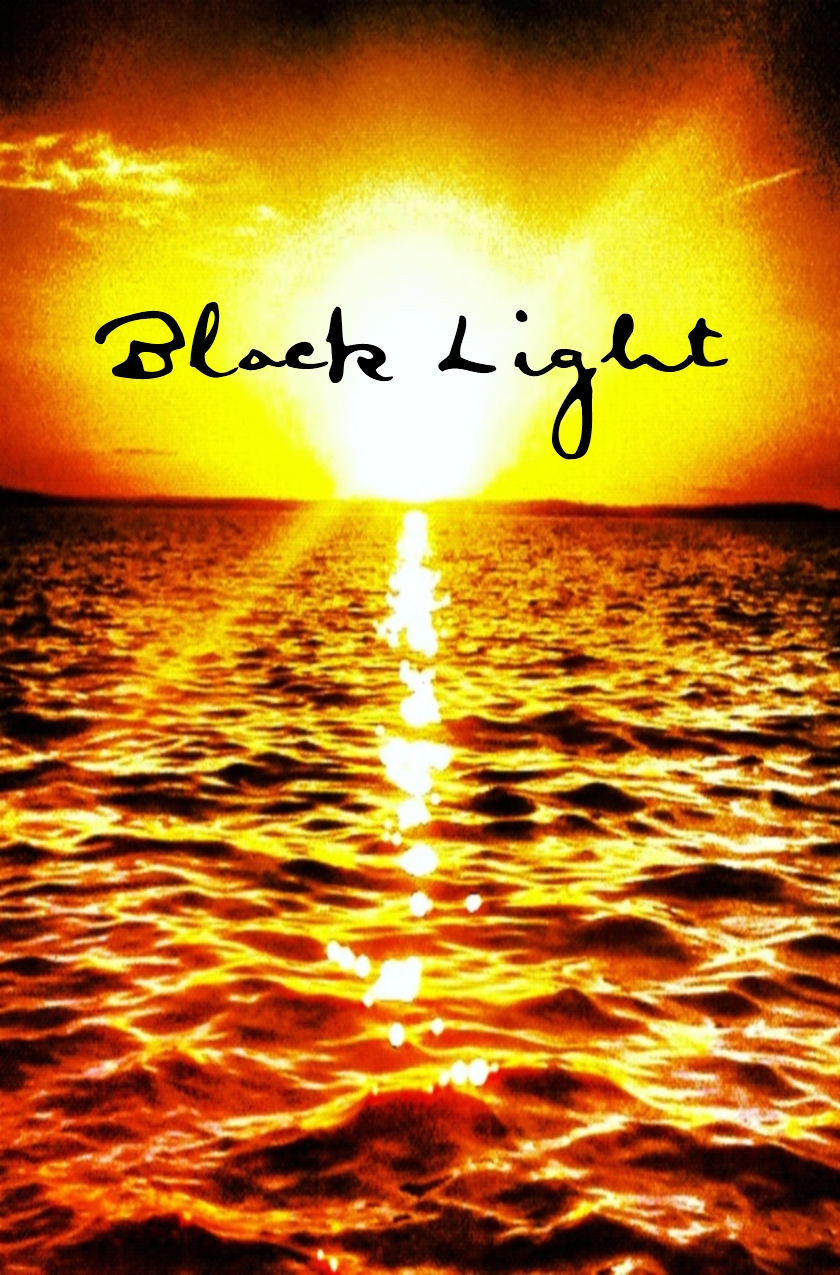 The great thing about neofolk is that you don't really have to re-invent the wheel to still be enjoyable. Black Light is no exception to that rule. Initially meant to be released as a demo, Black Light's self-titled debut does not reinvent the wheel, but rather re-treads it with instantly memorable songs and melodies you find yourself humming quietly as you go about your day. The way this collection of campfire songs was recorded gives it a(n unintentionally?) vintage sound, bringing bands like Comus and early Changes material to mind, albeit following moreso in the footsteps of Douglas P rather than their '70s predecessors. This might not be the most unique release as far as the Brave Mysteries catalog goes, but when I want to listen to neofolk...I want to listen to neofolk, and Black Light pulls that off flawlessly. I expect great things from this once quiet troupe. 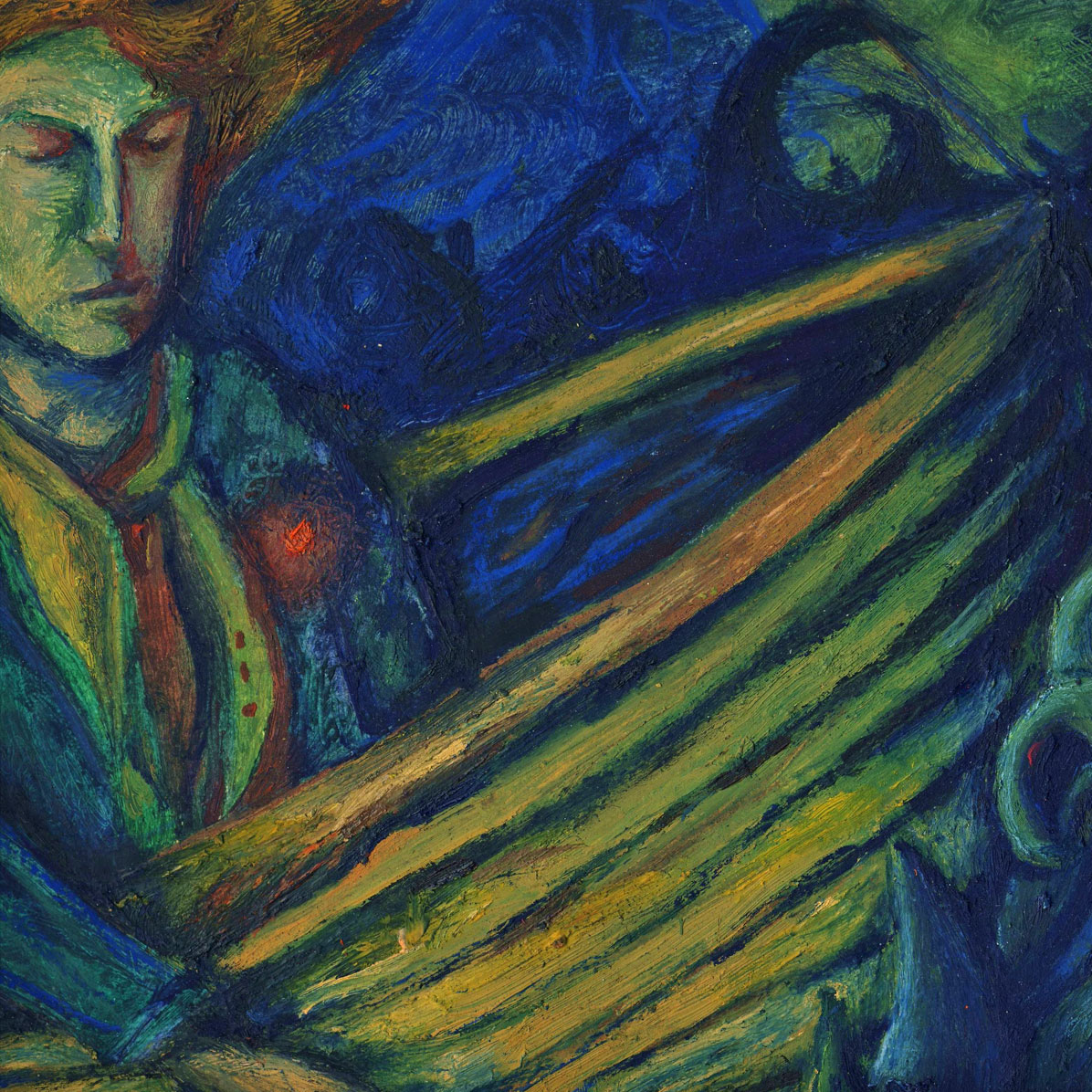 I guess I'm more used to folk-based groups utilizing concrete song structures, so international collaborative effort Kirschstein's collage and short motif-based works definitely caught me off guard, but in a nice way. A result of free-jam sessions and long-distance collaborations collected over the past nine years or so, Kirschstein's debut album quickly moves through various neofolk-related genres, shifting multiple times within single songs, often with little to no transition. All these elements come together to create one of the most fun and interesting releases I've heard in a while. I mean, when can you hear a single song change from neofolk to psychedelic rock, then back to a more post-industrial based sound, all while retaining a similar sort of atmosphere? It's odd, and will definitely end up a challenge to casual music listeners, but the results are definitely rewarding. My only complaint lies within the idea fragments strewn about the album: they are all great ideas and I would love to hear the full source material, but the unique way they're presented more than makes up for their lack of length. 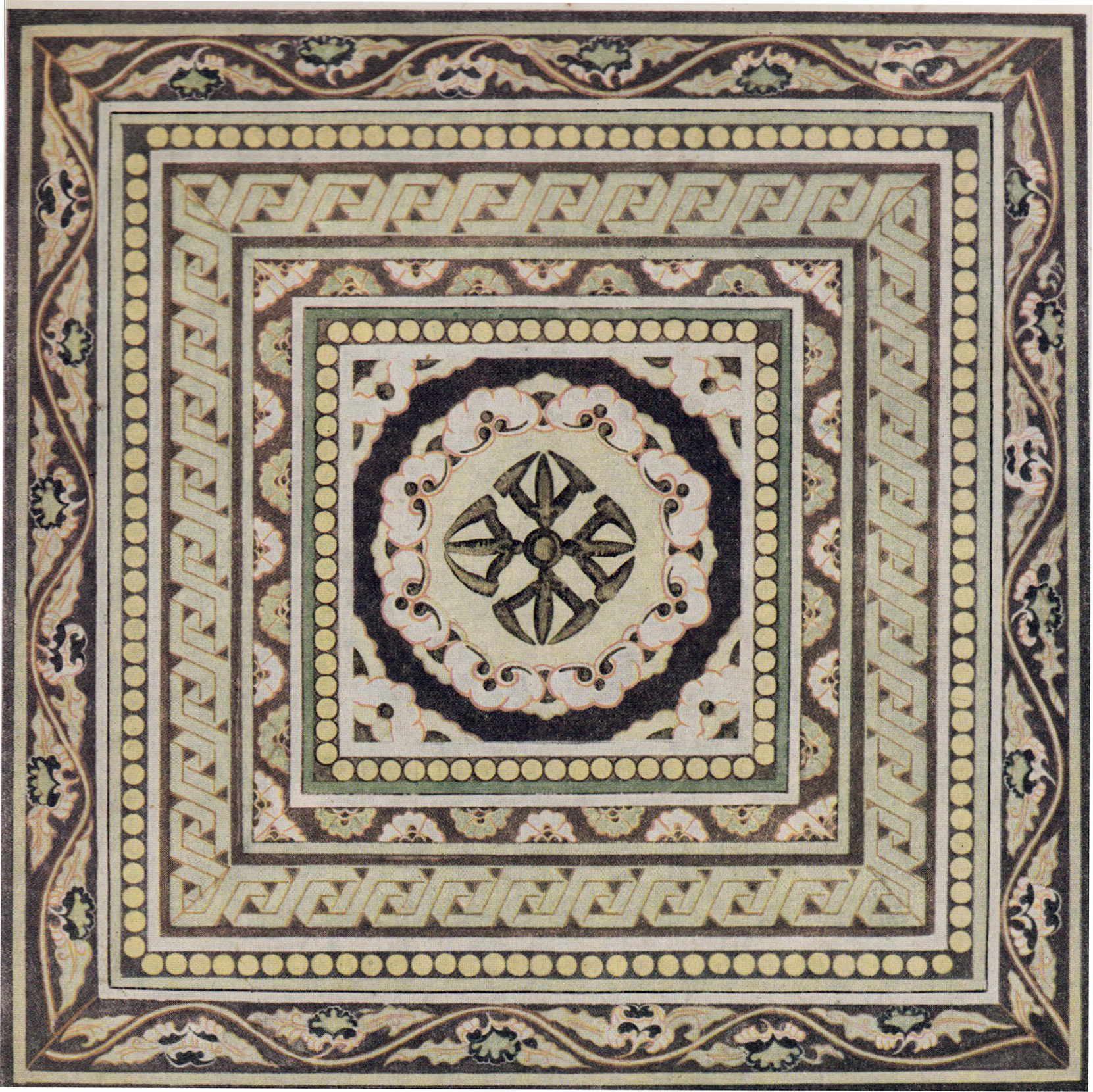 Goddamn I love Horrid Red. There's something about poppy, smooth post-punk which hits me in that special place, and, recently, international band Horrid Red has taken up residence. A collection of previously sold-out EPs and unreleased songs recorded from the Pink Flowers sessions all the way to the sessions which ended up soon-to-be-released album Nightly Wreathes, the Banquet in Blue EP shows Horrid Red's sound evolution. Slowly removing expectation after expectation, we see Horrid Red morph from bizarre, catchy post-punk to something much more abstract, resembling Mark Hollis's basement demos which led up to The Laughing Stock. This is tailor made for Horrid Red fanatics like myself, and is a great building block from which casual Celestial Joy fans can find their way to fully appreciating Nightly Wreathes, which is set to be released in October via Holidays Records. 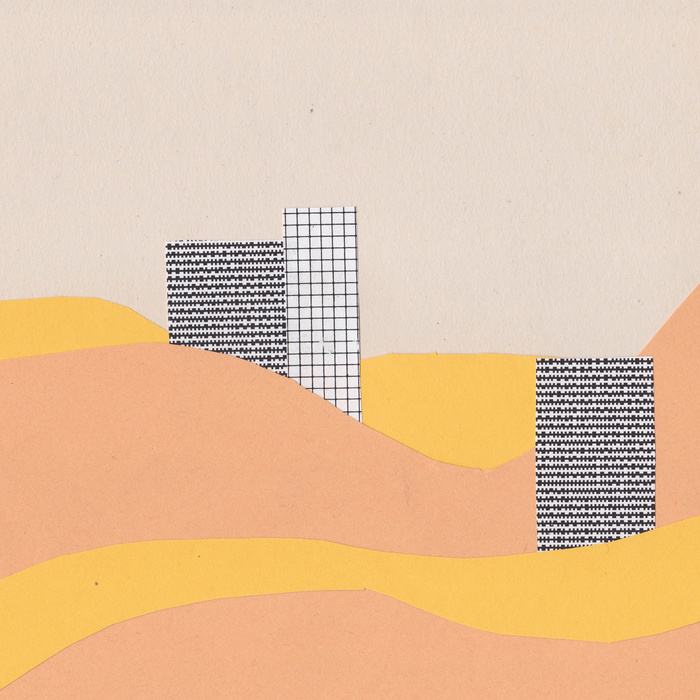 I'm a sucker for "driving" music. It seems like I'm always on the quest for more, resulting in extreme elation when I end up finding more (recently, my favorite driving bands are Journey to Ixtlan, Horseback, Mount Moriah, and FWY!). FWY!, which is pronounced "Freeway," is musician Edmund Xavier's, better known as Glenn Donaldson, tribute to the California freeway system. Hesperia, FWY!'s first official full length recording, is a picturesque journey down the sunlit coast, through the desert...whatever, there are still palm trees. Filled with Xavier's signature "desert" guitar sound and "'80s" sounding drum beats, Hesperia is the sound equivalent of rolling the windows down on your rusted-out Chevy Cavalier, opening the top few buttons of your shirt, donning some aviators, and drifting about aimlessly in the desert heat. Concrete for miles and miles.