Masayoshi Urabe, though generally known as a free jazz alto saxophonist, and a beautiful one at that, is something closer to a performance artist in many ways. As a member of the the performance art movement that grew up around noise music in Japan in the 1980's and 90's, Urabe's performances (often in collaboration with members of C.C.C.C., Hijokaidan, and the like) frequently evoke the Happenings of Black Mountain and the Fluxus movement, made new and strange by their echo in a different sociological world. He can be found perched in high places playing reed instruments all the way to the accordion (I dare not ask what the "Wonder Reed" mentioned in Kampanerura's liner notes is) while collaborators on the floor shriek horribly at length (Junko of Hijokaidan) or perform strange rituals in a Pierrot costume (Kei Kato). 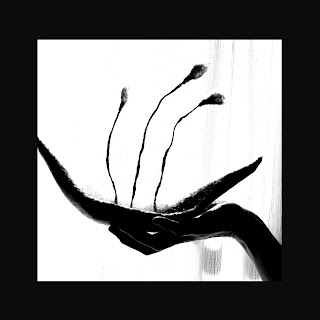 Kampanerura is perhaps best understood from this vantage. Kampanerura (or "Campanella" in English translations) is the name of a strange boy in Kenji Miyazawa's beloved (in Japan) 1927 children's novel "Night on the Galactic Railroad." In the novel, Kampanerura appears as a symbolic figure: the young protagonist's apparently drowned friend who vanishes after the pair promise to stay together always on an allegorical train journey. Urabe has crafted his own text (thankfully translated by Japanese avant-garde expert Alan Cummings) for the album, one which seems to use Kampanerura's half-illusory image as a jumping-off point for Urabe's own poetic/polemic visions of daily life in the modern world and the interface of individual and society.

The whole of the album is more direct in a beautifully indirect way; like Urabe's prose in the album itself, the music is Urabe's voice flowing through the alto as poetry. His gradual arcs and bursts find the poetry of every infinitesimal bit of reverberation and silence between. Echoing the shapes of the city (nailed to a board warped by the sun) is the softly restrained drumming of Aural Fit's (improvized rock destruction group) Teruhisa Nanbu and Urabe's own performances on assorted less-vocal instruments.

" . . . that old painter woman with the screechy voice fron Nakano . . . If there's someone you want to kill, stop working out how you're going to do it and just do it. . . . If you want to demolish, then raze it to the ground."
-Masayoshi Urabe

Posted by The Inarguable at 9:15 PM